Is it possible to retire as a millionaire?

Out of the 36 OECD countries, the United States has the largest pension market. Its estimated value is 27.5 trillion dollars, which is 64.8% of the total value of the pension market of the Organisation for Economic Co-operation and Development. According to data of the Investment Company Institute, almost 20% of all American retirement pension assets were accumulated under the 401K scheme. 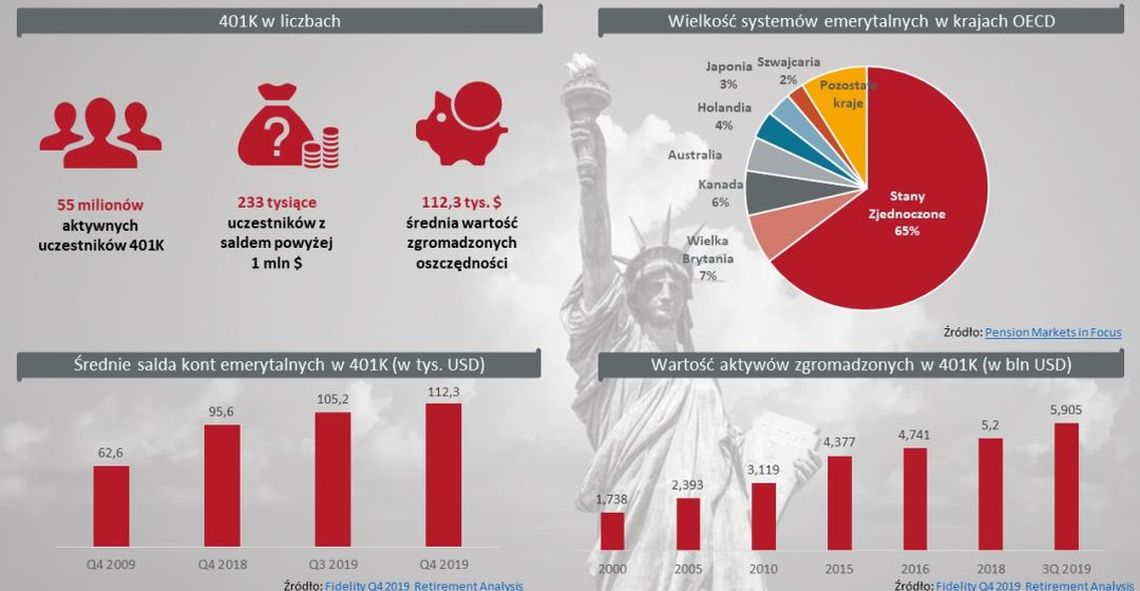 About 55 million Americans are active participants in 401K, which makes it the most popular defined contribution pension plan of all those available within the second pillar in the American pension system.

What determines the success of 401K across the pond, is there a recipe for the most efficient way to save for retirement and what can we learn from the American pension scheme as we begin saving with Employee Capital Plans (PPKs)? I will answer these and many other questions in this article.

401K deserves attention for several reasons. The first one is the large savings accumulated by the participants. According to Fidelity Investments (the company managing the most 401K accounts), over 200,000 401K participants had more than a million dollars each in their accounts at the end of Q3 2019.

Who is the statistical millionaire? Fidelity Investments analysed the behaviour of 1,000 401K participants to create a portrait of a statistical American who saved at least one million dollars with the scheme. It turns out that the average millionaire is 59, has been active in the labour market for at least 30 years and makes less than 150,000 dollars a year.

Based on that analysis, Fidelity Investments created recommendations for the most efficient saving mechanism. First of all, time matters, which is why experts recommend starting to accumulate savings at the very beginning of one’s professional career. In the case of 401K, millennials who started to save not long ago have saved 29,000 dollars, while participants from the baby boomer generation, who are nearing the retirement age, have approximately 200,000 dollars in their accounts. Another piece of advice: put aside at least 10% of your salary per annum. The millionaires from the study group saved 14% of their pay, which is a total of about 13,000 dollars a year. Their employers added about 5%, which allowed them to lay aside 19% of their salaries. Another recommendation is to make sure you meet the conditions for the employer to contribute the maximum rate available at the company. In the case of the American system, 96% of 401K participants receive employers’ contributions, but not everyone meets the conditions to receive the maximum amount. Experts also say we should not be afraid to invest in stock. Historical data show that a diversified stock portfolio makes it possible to obtain higher rates of return than bonds or other instruments with fixed rates of return. The last recommendation is to keep your account if you change jobs – preferably leave your savings in the account created by your previous employer or transfer them to a new account. Do not withdraw the money because this entails extra fees.

Even though the details of the 401K scheme differ from Employee Capital Plans, the idea is very similar. Consequently, the above recommendations can be universal and most certainly apply also in the Polish context and may guide PPK participants. So having PPK participants in mind, I can say that they should start to save as soon as possible, preferably right at the beginning of their professional careers. Try to deposit more than just the mandatory contribution to the PPK account and do not be afraid of investing – target date funds make it possible to diversify the portfolio, which increases investment security.

Author of the article 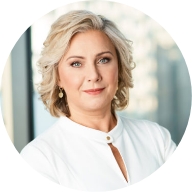 Ewa Małyszko, CEO of PFR TFI. An economist with many years of experience in creating and managing financial institutions. She specialises in issues connected with pension funds. Recognised in the Businesswomen ranking of the Businessman Magazine and in TOP 50 Best Managers in Poland. She actively promotes long-term saving and modern retirement pension solutions.